Attorney Tony Jost Speaks About the Election Process in the Classroom

MORE:  On November 2, Riley Bennett Egloff attorney Tony Jost spoke to students in the third, fifth and sixth grades at St. Christopher School about the election process prior to the Indiana Kid’s Election (IKE) which will take place on November 8, 2016.  Students across Indiana will elect their own governor, president and senator in a show of active citizenship through (IKE), an award-winning mock election program for students in grades K-12. Sponsored by the Indiana State Bar Association, Indiana Secretary of State and the Indiana Department of Education, IKE offers attorneys, judges, paralegals and law students with the unique opportunity to volunteer for the IKE Speakers’ Bureau, where volunteers deliver a 1-hour presentation about the election process at a local school.

ABOUT IKE: IKE is based on the premise that voting is only occasionally done by inspiration but more often done by habit. With its special emphasis on encouraging students to develop one’s voting habit at an early age, IKE attempts to emulate the election process as closely as possible. Statewide, students participate in voting milestones such as registering to vote on or before Tuesday, Oct. 11, and casting a ballot on Tuesday, Nov. 8 – just like their parents!

Also, under Indiana law, schools are required to give instruction on the election process two weeks preceding a general election for all students in grades 6-12. IKE, where the voting age is lowered to 5, helps Indiana schools meet this requirement by providing comprehensive curriculum guides, free of charge, to participating schools. The curriculum meets current state academic standards as approved by the Indiana Department of Education. 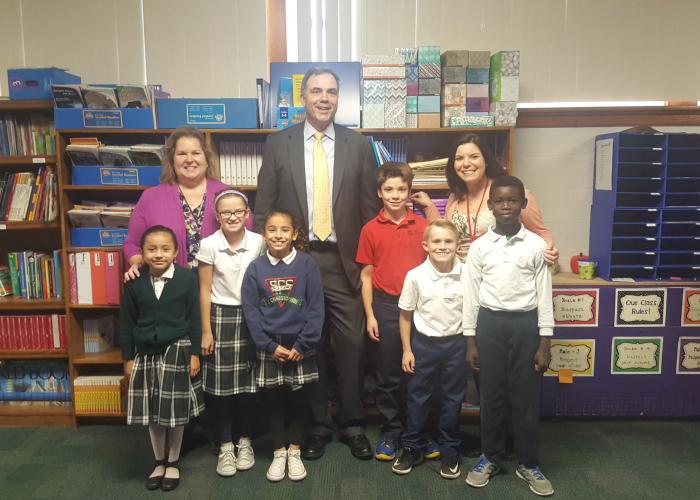