The Baby Boomer generation is retiring at a high rate of nearly four million per year.  Studies estimate the number of senior Americans age 65 and older grew from 35 million in 2000 to 41.4 million in 2011 and to an estimated 44.7 million in 2013.[1]  Although the majority of the heavy lifting for prospective retirees occurs while preparing, saving, and managing the financial aspect of a retirement plan, this generation of retirees – more than ever before – are contemplating where to actually spend their post-career lives.  With the continuous development of technology and seamless, cross-country communications, retirees have become increasingly open to packing their bags for new locations to enjoy the fruits of their decades’ worth of savings.  Yet, the experience of growing old can differ substantially between states.

When it comes to choosing the ideal location, there are several significant factors that retirees consider: access to medical care, affordability of housing, cost of living, availability of part-time jobs, violent crime rates, and relevant tax implications.  Surveys conducted by Forbes and 24/7 Wall St. in recent years indicate that contrary to the popular notion, the majority of the Southern and Northeastern states are in fact among the worst locations for prospective retirees.[2],[3]  In the Northeast, for example, the surveys concluded that the extraordinary costs of living and housing, combined with very few tax breaks to seniors for income, property, or Social Security benefits, forced aging people to look elsewhere.[4]  Even Florida, once seen as the proverbial “Promised Land” for seniors, no longer is considered the foremost destination.  The warmer climate, lack of income tax, and the multitude of healthcare and social amenities geared towards seniors in this state are now powerfully countered by the state’s increasing costs of living, elevating rent prices, and being home to eleven (11) of the nation’s 100 most dangerous cities.[5]

Thus, the question becomes, where can you strike the ideal balance with these complex considerations?  Although it might be difficult to leave family and friends behind, seniors looking to attain that equilibrium should consider moving to the West.  States commonly appearing in the top ranks include Wyoming, North and South Dakota, Montana, and Colorado due to their high concentration of social and medical support establishments, low cost of living, and low poverty rate.[6]  Because elderly adults can be vulnerable to isolation and exclusion, these states present a number of entertainment options and health care facilities to assist in the aging process.  To avoid loneliness and boredom, these states offer a multitude of historical sites, movie theaters, golf courses, outdoor nature parks, museums, restaurants, casinos, and bars for seniors to interact with other seniors and the general community in their area.  Also, these states provide excellent and numerous health facilities to strengthen the aging experience and ensure proper care during seniors’ elderly years.

In particular, Wyoming is consistently rated among the top three states for retirees to target.  Seniors in the area have benefited from the numerous services the state has developed to accommodate its increasing senior population.  With 4.4 hospitals for every 100,000 residents and over 40 social institutions for every 10,000 residents, Wyoming boasts one of the highest rates of medical and social support establishments in the country.[7]  Moreover, the state is one of the lowest-cost places to live nationally.  Wyoming consistently ranked in the bottom three of states in terms of poverty, food stamp usage, and housing costs among its senior community.  In 2016, just 6.2% of the state’s senior population lived in poverty, and only 4.3% of the elderly households relied on food stamps, which both rank among the third lowest rates in the country.[8]  Further advantages that help preserve an individual’s retirement nest-egg include that only 40% of Wyoming residents spend a third of their annual income on rent (more than 10% below the national average), the real estate taxes are very low, and that no state income tax is imposed continue to identify Wyoming as one of the most ideal locations for seniors looking to make the most of their retirement savings.[9]

Finally, even though it is another option with colder temperatures, another recommended retirement destination is Colorado.  Colorado is reported to offer a number of appealing ways for seniors to spend their retirement days.  Drawn there by the numerous outdoor activities such as hiking, fishing, rafting, skiing, and nearly 300 days of sunshine, seniors can enjoy an active lifestyle without the sizzling summer temperatures commonly found in traditional retirement spots of Florida, Arizona, and California.  Unfortunately, the costs of living in Colorado towns scattered throughout the Rocky Mountains is almost 8% higher than the national average.[10]  However, Colorado provides ample opportunities for seniors to deflect these costs.  First, the state imposes no tax on Social Security and pension income up to $20,000 for retirees under the age of 65, or on the first $24,000 for those seniors 65 or over.[11]  Second, Colorado residents are not subject to a state inheritance tax, which provides security and significantly less expense to individuals seeking to pass along wealth.  Third, the bustling ski and mountain communities promote a strong part-time work culture.  The opportunity to work a truncated weekly work schedule in a low-stress, non-physically demanding, and enjoyable work environment leaves seniors plenty of room for travel, visiting family and friends, and hobbies while also occupying time each day to stay mentally and physically active.[12]  Jobs such as local tour-guides, tutors, teachers’ aides, and greeters or cashiers at local shops are all viable options found throughout the many mountain towns in Colorado that can defray the higher costs of living with an additional $10,000-$20,000 of income annually.[13]

Retirement is full of countless considerations and personal preferences, and it takes decades of dedicated organization to effectuate the ideal plan for an individual.  Yet, retirement is also a time for many to finally enjoy the fruits of their labor.  And when that moment ultimately arrives, the decision on where you decide to enjoy it likely is as significant as when you decide to start enjoying it. 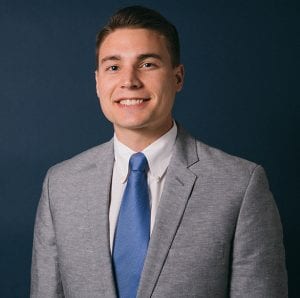 Kevin assists businesses and their owners in several matters such as entity selection and organization, mergers and acquisitions, employment, succession planning, and general litigation matters. Kevin also assists in counseling clients in the construction industry, including owners, general contractors and subcontractors, in disputes involving claims for payment, delay, and design and construction defects, as well as mechanic’s liens. Kevin advises clients with a focus on client-driven solutions through an attention to detail and determination.

Permissions: You are permitted to reproduce this material in any format, provided that you do not alter the content in any way and do not charge a fee beyond the cost of reproduction. Please include the following statement on any distributed copy:  “By Kevin T. Bennett© Riley Bennett Egloff LLP – Indianapolis, Indiana. www.rbelaw.com”